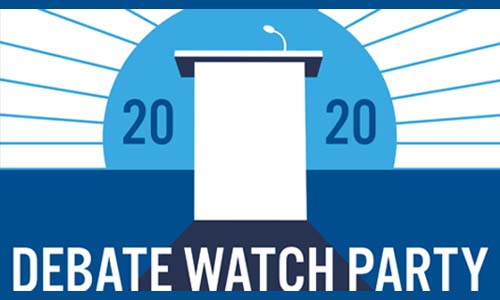 [vc_row][vc_column][vc_column_text]Please join the WilCo Dems at La Margarita on November 20th for our Democratic Debate Watch Party! Have fun watching the fifth debate with your friends. We will also be playing “Debate Watch Bingo”, so listen closely to our candidates for your chance to win a prize or two!

The debate will be held at Tyler Perry Studios in Atlanta, GA and will air at 7pm CT.

Ten candidates so far appear to have qualified for the next Democratic debate in November, hosted by MSNBC and The Washington Post in Georgia.

The debate will air live on MSNBC and stream on MSNBC.com and the Post’s website as well as across mobile devices through NBC News’ and the Post’s mobile apps.[/vc_column_text][/vc_column][/vc_row]